How I got to OCS is its own story, and I owe the story of what happened to a man whose name I don’t recall. I was stationed at Fairchild AFB. One night I was walking down to the BX when the squadron commander saw and stopped me. After “Good evening sir”, he asked me what my plans for the future were. Was I going to stay in the Air Force or get out? “Out, sir”, I told him. “Oh good, and then what?” “ I’am going to college.” “That’s great”, he said, “Where?” I said, “UCONN.” “Oh good, you have been accepted?” “Well, no, I said, but I’m a resident of Connecticut so no problem.” “Great”, he said, “You have the money set aside?” “Well, no, I said, but I will get a job.” “That’s good”, he said. “You have a job lined up then.” “Well, no, I said but I’m an electronic tech so I should be able to find a job.” “Ok, Carlson, let me sum up: You are getting out of the Air Force and going to a college where you have not been accepted, and you are going to pay with money from a job you don’t have. Is that correct?” “Well, sir, I wouldn’t put quite that way but yes.” “Carlson, the Air Force has a OCS program. If you get in, you will get a commission and the Air Force will send you to AFIT. Think about, and have a good evening.” I did think about it and took the test and was accepted. That said, I was still unsure, until one day. I was in ops squadron and once a month my section had latrine duty. One day I cleaning the urinal when a captain walked in and started peeing at the other end, as if I wasn’t there. My point: I decided if I was staying in I was going to be the guy peeing in the urinal, not the guy cleaning it. I also said, “I will never do that to anyone.” 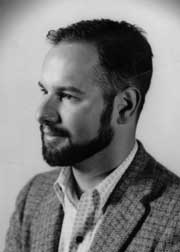 When I arrived at OCS, I had been ski bumming in Colorado. During that time, I had grown a beard and still had it when I got to Lackland. At Laudersteins, I met some very friendly guys from our First Class who, for some reason, were kind enough to take me out to the OCS area and introduced me to everyone they could find. I felt very honored by this attention and knew that with a First Class like this, OCS would be a lot of fun. This of course turned out to be true, as we all know. The only disappointment for our kindly First Class was that when I turned up shaved and in uniform, no one recognized me. 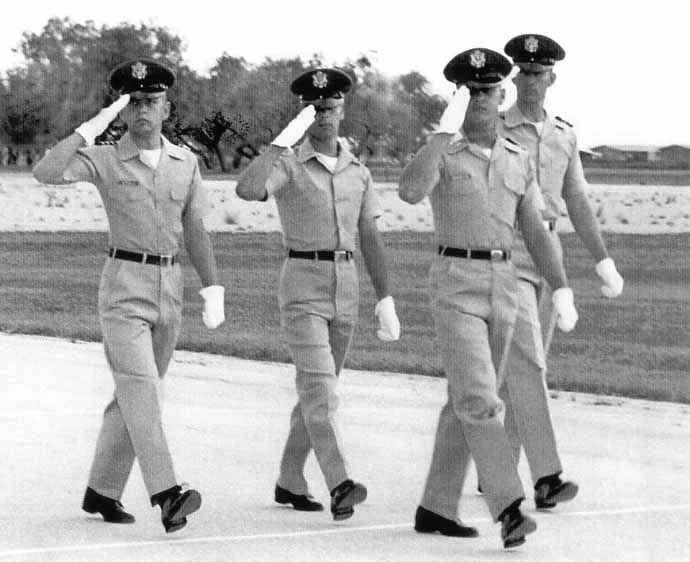 After OCS, I went on to Nav and EWO school where after all that training I ended up in Systems Command. At that time, it was a wonderful command and maybe the worst place for a new lieutenant. They expected us to think. As I later found out, thinking in the operations commands is somewhat frowned on. All in all, I spent most of my Air Force life in systems and logistics. By 1967 I like many others found myself in SEA where I was assigned to B-66Cs.

I flew 140 missions of which 115 were in the North. I was honored to serve with men who were professional and hard working. While I was at Takhlie AB in Thailand, we held the first practice “Red River Rats Reunion.” This was in 1968. As it turned out I was the last guy remaining in the squadron who had flown above the 20th, so I got to be on the float. 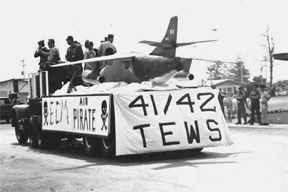 This image that I found on the web shows me in the front of the float with a San Miguael in my hand. That also was the only day the girls from downtown were allowed on the base. I was very

surprised. I didn’t know there were girls downtown.

After SEA, I returned to Systems Command and then to AFIT where I earned those college degrees that Colonel Long urged us to get when we got our bars. After three years in AFIT, I returned to the active Air Force but this time to the 4713 TEWS. I was a little low on flying time. 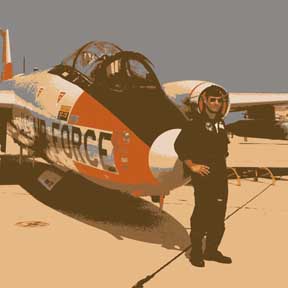 The B-57 was a great aircraft and we got around the country. We took this bird to the Air Force’s 25th anniversary at Andrews AFB. Following that tour I went to Log Command at Tinker were I managed the ECM upgrades to the B-52s. This job led me to Wright-Patt where I managed the new ECM systems coming down the line for, again the B-52. Wright-Patt was where I left the Air Force for a new life, this time as a beltway bandit. This lasted for a couple years when I decided that being a full time photographer would be fun. I would like to post all the pictures the nude and seminude photographs that I have been forced to take of young women, but I won’t. As I look back on my career, I see that almost every base where I was stationed is closed and every command I was assigned to is now gone. Although I was never stationed in SAC, I did visit Hq. SAC so I count that also as a mark. 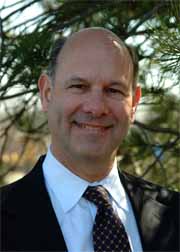 Time has gone by since I last updated this little bio. We left Dayton OH, in 2014 for the wilds of Connecticut. Yes, there are bears. Over the last 19 years I have spent a lot of time in Italy and I am somewhat fluent in Italian. Am still taking photos and working on them at home.
I will add to this over time.